Financial Times: How Going Local Could Strangle Your Career 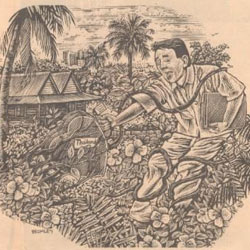 In Thailand, as in other Asian countries, expatriate managers should be aware of the dangers of becoming too deeply rooted in the local working culture.

Hired for their “international skills,” foreign executives usually expect a spell in a country like Thailand simply to broaden their experience and add sparkle to their CVs.

What they do not imagine is that the host country might dull their ambition, alter their managing style, and even tie them down. Yet this happens regularly, and sometimes a promising international career is derailed.

Razor-keen MBAs soon find themselves questioning their own logic, checking aggressive instincts and opting for, in Thailand’s case, the softer local style.

The victim may not realize what is happening until it is too late. He or she likes the place and decides, to get beneath the skin of the culture. Time passes and he or she is no longer the bright newcomer bubbling with the latest ideas from abroad.

Soon they find themselves accepting a smaller expatriate package of benefits; then they discover they must compete for jobs with cheaper local talent who, ironically, easily trump their knowledge of the country.

“My strong advice is to be very careful about spending too long in a place like Thailand. You can be trapped,” says Edwin Sim, managing director of Human Capital Alliance, a Bangkok consultancy.

“It takes only two or three years for multinationals to set up a business platform in a country; after that local professionals can run it. In my last nine years recruiting in Thailand 99 per cent of my clients were looking for locals,” adds Mr.Sim.

Until the 1997 crash Thailand was a hot emerging market that regularly reported double-digit growth, so there were reasons for supposing that Thai-specific knowledge would be valued. Executives who have made that gamble may now wish they had opted to become experts in China, which is shaping up to be a global giant on all counts. Thailand is pleasant but its economy frightens no one.

Managers who succeed in Thailand are often those who have been able to adapt themselves to a complex culture where confrontation is frowned upon, where powerful vested interests must be carefully navigated and where a lack of boldness in employees must be overlooked. Yet these conscientious people may find, when they finally look up, that they have lost the will, or the ability, to engage in the rougher entrepreneurial environment of more important business centres.

“The career books are full of glib advice about moving around. The reality is different. Real people do click with a culture, do have ambition sucked out of them,” says George Morgan, former head of the foreign stockbrokers’ association in Thailand and now an independent analyst and investor.

“Companies all over the world also like to bring in young blood that is cheaper, hungrier and more willing. The consequences for the expat can be drastic. It may be more difficult to slide sideways in an alien environment,” he says.

Expats who have chosen to work in Thailand appear united in thinking nothing wrong with choosing a less glittering career path as the price of shunning international mobility.

“If working in completely different culture doesn’t change you then I’d say it was a complete waste of time coming,” says David Lyman, chairman of Tilleke & Gibbins, a large independent Thai law firm.

“If you stay long enough you find that when you go home everything seems duller. Your friends seem more provincial. Suddenly you miss your new home,” says this American citizen who has not worked in the US for four decades.

What everyone who has worked in Asia seems to agree upon is that even in a world of ever-increasing surface uniformity the region remains difficult to understand. Yet even executives who step outside the expat bubble to try to explore their territory will not be saved if their performance does not match their local knowledge.

Lots of foreign managers lost their jobs in Thailand last year, according to Anthony Ainsworth of headhunter Richard Glynn: “There are lots of manager out there on fat expat package riding on thin profit margins. They are very vulnerable when cost-cutting time comes around.”

Ultimately, every executive will be judged by results and any management style will be acceptable if it is in the company’s favour, says Mr. Ainsworth. An “international” career can be partially protected by not surrendering to destructive local ways. “Executives should fight like hell for their own values and standards. Different should not mean worse,” he says.

Age is a factor. Younger, less encumbered executives appear less prone to being trapped than middle-aged managers who have already tasted something of what the world has to offer and may be tempted to extend their stay. Location is also important. Executives in busy centres such as Hong Kong or Singapore are less likely to fear that their value in the job market is sliding.

But executives of any age will find themselves affected by an exotic new environment. American consultancy Revel Miller found that 40 per cent of repatriated managers left the parent company within three years because they struggled to reintegrate or were frustrated over a lack of recognition.

Individual managers can protect themselves by keeping good communications with their parent company.

To be on the safe side experts advise ambitious executives to restrain foreign work tours to two or three years at a time and keep a beady eye on their ultimate objective. If they expect to do their most important work in London then they should spend more time there or in similar centres rather than in Thailand.

Human Capital Alliance’s Mr. Sim said: “The secret is knowing where you want to be ultimately and to work backwards. Choosing a soft lifestyle with an Asian flavour is fine if this is really where you want to end up.”