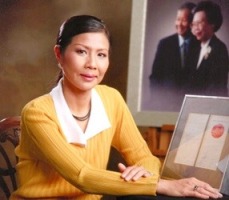 K I Woo, Human Capital Alliance Senior Advisors discusses how global supply-chains were rethought after Thailand’s 2011 floods. This article is based on an original article published in The Nation on July 12, 2012

Thailand’s major floods in 2011 were a major catalyst why global companies’ began reassessing their supply-chains that stretch across continents.
Speaking at a Sasin Business School’s “Asia in Transformation Forum in July 2012, Professor Shigeyuki Abe of Japan Doshisha University said that the great Japanese earthquake in 2011 along with the prolonged Thai floods spotlighted the fragility of Japan Inc’s super-efficient supply-chains that stretch through Thailand.

“The Thai floods showed the world that Sony and Nikon digital cameras are solely produced in Thailand and forced the postponement of new model launches,” he said.

The 2011 floods high-lighted Thailand’s overall importance as a key high-tech supply-chain link. “Hard disk drives were suddenly in short-supply globally for several months because Thailand was is the production hub.”

Although most people know Thailand’s role in the auto-supply chain, Abe said the Japanese earthquake highlighted the continuing importance of northeast Japan. “We suddenly realized that many core auto parts were primarily manufactured there and US and Thailand manufacturers had to delay production.”

The labor intensive processes, he said were moved to labor-rich and low-wage countries such as Thailand. “These modules can then be brought together to the final assembly location,” he said. .

In a co-published paper with Pongsak Hoontrakul, Abe said the natural disasters showed that although supply-chain production is basically very efficient, at the same time, too much efficiency always sacrifices reliability and safety.

“If core-parts production isn’t concentrated in one particular area, production interruptions will be minor and at the same time, producers can mitigate damage by holding sufficient inventory.”

According to the study, Thailand has long been a major low-cost assembly base for Japanese global supply-chains. The final products such as automotive, electronics and electrical appliances are assembled here and exported.

Interestingly in the paper, Abe and Hoontrakul point out that the modern efficient supply-chains were initially developed at the end of the first Japan US trade wars in 1985. “When the yen strengthened from 240 to the dollar to 120, Japanese came out to Asia and primarily to Thailand because they could no longer afford to produce in Japan.

Kobkarn Wattanavrangkul, Toshiba Thailand’s chairperson said that her company which operates ten businesses at the Bangkadee and Nava Nakhon Industrial Estates in northern Bangkok has also reconsidered its operations because of the prolonged 2011 floods.

During the early part of last year’s floods, the company couldn’t receive parts from some local suppliers because their plants or own suppliers were either cut-off or employees were prevented from access to the factories. “We have also considered multiple sourcing for raw materials.”

In assessing how to effectively reduce risks associated with global supply-chain breaks, Kobkarn said Toshiba addresses four critical needs. These include ensuring the supply-chains quality, its efficiency, related costs and the available technology.

Supply-chains were developed to produce and deliver high-quality products to markets at the lowest cost. Adding unnecessary friction to these costs, may in some cases mitigate natural disaster risks but in the long-run, a cost-benefit risk assessment will determine the amount of risk-mitigation companies will undertake.