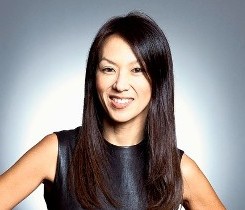 Recently, I had the pleasure of reading “The Triple Package” that has become quite a controversial best-seller in the US.

Written by Yale Law Professors Amy Chua and Jed Rubenfeld, the book boldly asserts that certain groups of Americans have achieved superior achievements because they possess three basic but seemingly contradictory traits: a superiority complex, feelings of insecurity and the ability to control impulses.

When combined together, these traits they said have contributed to their overall superiority.

Chua previous best-seller “Battle Hymn of the Tiger Mother” that asserted tough Chinese mothers’ child-raising methods were why her ethnic group’s offspring performed better academically in the US.

In “The Triple Package, the authors said the required superiority complex trait for successful achievers includes a deeply internalized belief in your particular group’s specialness, exceptionality or superiority.

The insecurity trait must also include a species of discontent, including an anxious uncertainty about one’s worth or place in society. It also includes feeling or worrying that what you are doing or have done is not good enough

Insecurity, they said can take many different forms including sensing that one was looked down upon or other fears such as perceptions of peril, feelings of inadequacy or a fear of losing what we have.  An equal feeling is sensing that your group has been looked down-upon and hasn’t been properly recognized.

Impulse control elements refer to the ability to resist temptation, especially giving up when hardships arise or not persevering when tasks become difficult.

These three traits in themselves may initially seem innocuous because most people are driven by many of their elements.

However, Chua and her husband Rubenfeld added fire when they single out several ethnic groups for being successful because they carry all three traits simultaneously.

They include top income-earning groups in the US, including Chinese, Indians, Jews, Mormons, Cubans and Nigerians.

They further support their assertions with individual anecdotes from people in the various successful groups.

In-depth studies of Asian and Hispanic American high school students in Southern California, they said found that Asian students were profiting from a stereotype lift.

These Asian students were brought up believing their group’s overall success is due to their culture’s superiority, a belief instilled by parents, grandparents and community from the day they were born.

With striking frequency and remarkable consistency, the author said members of these groups are afflicted with certain distinctive insecurities that fuel their drive.

Combined with its seemingly opposite trait, insecurity, the authors said the superiority complex strives to acquire more material goods and prestige oriented success.

An anecdote indicated that American children of Jewish holocaust survivor’s children were often told that a family can lose everything they own overnight but what’s inside their heads stays there.

These insecure feelings, they said have gone a long way in driving US descendents of Jewish survivors to incomparable academic, professional and business achievement in America.

Chua and Rubenfeld said that Chinese immigrant mothers tend to make their children do extra work at home while the majority of white American mothers are more interested in building children’s social skills and self esteem.

Taiwanese-born parents of Zappo’s founder Tony Hsieh, who sold his on-line shoe company for hundreds of millions of dollars to Amazon started preparing him for the SAT university exams in the 6th grade.

He also practiced piano, violin, trumpet and French horn half hour each day and weekends and eventually graduated from Harvard.

Chua and Rubenfeld’s Triple Package assertions have become controversial because they seem to single out why individual groups are successful and at the same time imply why other individual groups may be inferior.

A TIME magazine article said that Chua’s writing was a new strain of racial, ethnic and cultural reductivism that has crept into the American psyche and public discourse.

“….it has become relatively normal in the past 10 years to comment on the supposed cultural superiority of various ‘model minorities.’ I call it the new racism–and I take it rather personally.”

The authors “Triple Package” traits may be more palatable to naysayers if they are repackaged: striving to be exceptional, avoiding complacency and perseverance.

These traits, I believe when combined together, not only ensure individual success but may also be important elements for a company and a country’s ultimate competitiveness in a globalized environment.