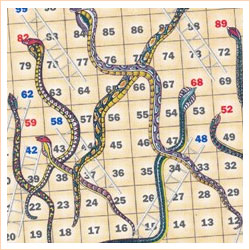 Job-hopping for successively higher and higher salaries was a common and lauded practice during the bubble economy.

Affluent 25 to 30 year-old BMW or Mercedes driving executives were often seen boasting at Sarasin and Ratchadapisek night-spots that they had change jobs several times in the past years and doubled their salaries with each jump.

Although these numerous job-hops allowed the young executive to carry a shining badge-of-honor and wads of money during the bubble economy, some of these executives are now paying for their excessive indulgences.

Edwin Sim, Korn Ferry Thailand’s country manager and managing director said that in today’s economic downturn, many of these job-hoppers, who have been laid off, either because their companies have gone under or because their services were no longer required are having difficult times securing new jobs.

Sim cites a 36 year-old Thai executive whose last position was managing director of a multinational consumer company. “When he was laid off he was making about Bt4 million per year,” he said.

On the surface, this young executive, who has an MBA from a prestigious American university, should still be a prime candidate for a leading position in a multinational company. However his numerous job-hops for higher pay during the last decade’s go-go years is coming back to haunt him.

Sim said this young executive had eight different jobs in nine years. “He started with a finance company at about Bt50,000 per month about a decade ago,” Sim said.

Conditions have changed even for well-trained young executives during the current economic crisis. In the good-old days, employers often routinely stole these executives from other companies.

In the current environment, Sim said employees don’t even want to see anyone who has eight or nine moves in less than a decade on his resume. “They’re not interested in his good pedigree and academic credentials nor the good companies he worked for,” Sim said.

Whereas in the past, expanding companies looked for any well-groomed and well-educated executives from good families, Sim said now companies question the same individual’s staying power and ability. “”Is he coming to us because he wants an umbrella in a storm?” companies ask.

Sim said it’s difficult helping unemployed individuals in this category. “What do you say to a guy like that who comes to you and tells you he’s looking for a change and would like some stability,” Sim asks.

Luckily, all is not lost. This kind of person probably must sell himself as a project-oriented employee. “His entry point is really on the short term,” he said.

Short-term executives with qualifications and experiences in specific areas are needed by many multinationals in the current environment. “Regardless of what happened in the past, these people have to find out where their competencies are.

Entry back into a professional career may well be via a short-term project or whatever specialized area where they could add value,” Sim said.

Once these executives get back into the system, Sim said employers will want to see that they have redefined their thinking.

“Basically, its a transition point, where the lucky ones can rebuild their careers again,” he said.