When non-compete clauses come into play. 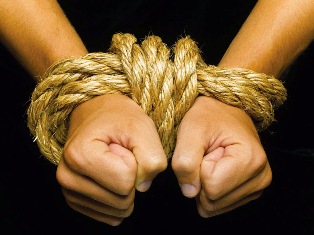 Several senior executives recently offered employment mentioned that they were concerned with non-complete clauses they had signed with their current employers.

They were particularly anxious because the non-compete clauses may ostensibly prohibit them from working with any other company for 12 months without their previous employer’s consent.

More importantly, their prospective employers in most cases were unwilling to wait 12 months to sign on the new executive.

A recent Harvard Business review article by Wharton School Professor of Management, Peter Cappelli sheds some interesting light on how “non-compete” clauses are currently being viewed, especially in the USA.

Capelli said that while intellectual property and trade secrets were increasingly seen as the heart of a company’s competitive advantage, the easiest way they acquire that information is hiring a competitor’s key employees.

Preventing employees from working with competitors

According to Cappelli, a non-compete clause tries to stop former employees from revealing secrets to competitors by preventing them from going to work for them.

“What non-competes try to do is threaten employees with big enough penalties that they will not give in to the offers of competitors to come work for them.”

Most non-compete clauses specifically outline the employers they cannot work for after they leave the company.

However, if the clause is too restrictive, the former employee may have difficulty earning a reasonable living.

Non-compete agreements are viewed as private sanctions and not legal mandates.

“….one reason why employers impose sanctions on their employees who leave rather than waiting to sue competitors for stealing trade secrets is because the former is so much cheaper and easier to do.”

US Courts increasingly reluctant to enforce

However, the US Courts, Cappelli said aren’t really interested in what is cheap and easy. “They have been increasingly reluctant to enforce non-compete agreements.”

Moreover, it doesn’t matter if the agreements are signed voluntarily or not.

In a few cases, Cappelli said the Courts were shown that employers who imposed restrictive non-compete closes often themselves hired employees from competitors.

“That doesn’t mean they are trying to steal secrets, of course, but it does mean they are engaged in a hiring practice that they are preventing their own employees from using.”

In the US, employers who go to Court to enforce non-compete clauses that prevent employees from leaving to work for a competitor are increasingly confronted by defense attorneys who outline for the judge all the recent hires the employer has poached from their competitors.

Similar to Thailand, this information is readily available in places like LinkedIn. “This looks like hypocrisy to the judges—not surprisingly—and they are tossing the cases out.

In efforts to possibly mitigate non-compete clause losses of income, some companies in Thailand have placed former executives on “garden leave” at full pay for 12 months providing they don’t secure employment with competitors.

Furthermore, our experience in Thailand indicates that the biggest factor for changing employers, especially at the executive and technical level where trade secrets matter most, comes from competitors trying to hire them away rather than individuals shopping themselves to other companies.

Cappelli said the most reasonable approach is not to impose penalties only on the individuals who agree to the solicitations and do nothing to the solicitors (the employing companies) even before anything illegal happens.

Because the laws relating to the enforcement of non-compete clauses are always evolving, we suggest that everyone should consult legal advisors before making any decisions.