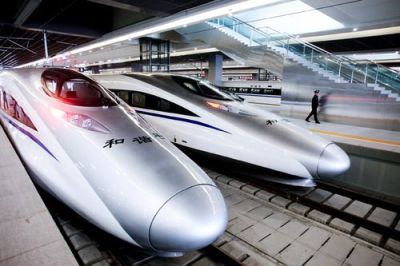 The Nation’s K I Woo speaks to an executive-search and talent-advisory professional about finding a new position.

With annual bonus payments in hand, many top executives are now open to being approached by leading companies in Thailand. Even after successfully competing for years in a highly competitive job market, many senior executives still ask how they should assess the risks of any new opportunities.

Vauraporn Iamsupanimitr, vice president of Human Capital Alliance, a leading executive search-and-talent advisory company, recently told The Nation that senior executives must ensure that they have addressed several key issues when deciding whether they should leave their current position.

“Most importantly, these senior executives should understand what job elements are most important and what constitutes a healthy work-life balance for them,” she said.

“Moves of all kinds entail significant internal and external challenges and often cause turmoil in one’s home and social life,” they said.

In addition, Groysberg and Abrahams’ research, she said, cited five common reasons why many senior executives experienced difficulties when moving into new jobs at new companies.

“These included not doing enough research, leaving for the money, going ‘from’ rather than ‘to’ a new job, overestimating one’s own abilities and thinking short term,” Vauraporn said.

In her own experience with top executives who are asked to consider new job opportunities, Vauraporn said many senior executives don’t pay enough attention to a potential employer’s financial stability and market position.

“At the same time, these executives are very careful when they scrutinise potential customers’ and acquisition target companies’ balance sheets,” she said.

Many people, she said, are so happy with a new job offer that they tend to overlook the new company’s future prospects. In addition, many senior executives don’t spend enough time carefully analysing whether their new official job title really reflects the role they are assuming.

Vauraporn also agreed with the Harvard study’s conclusion that while most executives contemplating job changes normally ranked money as the fourth or fifth important issue, they usually bumped it to first place when making the final decision.

“At the end of most negotiations, many executives are vitally concerned with their total compensation packages,” she said.

All executives contemplating moves to other companies should plan strategically in terms of their prospects and aspirations. “They should not apply any urgency by quickly getting out of their current job and move from one place to another in the hope of finding the right position.”

Another critical factor is arriving at a realistic understanding of their own skills, abilities and prospects. “Some senior managers tend to undervalue their prior organisations’ strength in helping them achieve their successes,” she said.

Many of these candidates tended to view their current companies as being the problem and not acknowledging that they themselves may be part of the problem. “These executives must be realistic and self-critical so that they can understand that their current frustrations and failures are often partially due to their own shortcomings and are not primarily from unfortunate external circumstances and environments,” she said.

Although in today’s fast-moving globalised economic environment, short-term thinking has often morphed into pumping quarterly revenues and earnings practices rather than sustainable growth, Vauraporn said senior executive job-seekers should think long-term and ultimately in their own career’s and their new company’s sustainability.

“The best protection for all senior managers contemplating job changes is a continuing quest for self-awareness, that truly recognises one’s innate skills and abilities, and the ability to successfully identify the intricacies of new challenges and opportunities,” she said.

Citing the Harvard Review study, Vauraporn also agreed with their finding that when executives discover they are in the wrong job they should cut their losses and move on.

“I agree with the professors’ view that the executives should undertake any new moves strategically and not hesitate to go down another road if it becomes evident that a certain kind of change won’t be right,” she said.