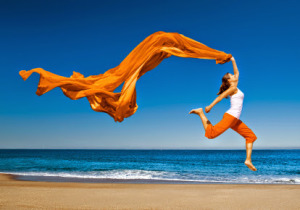 Despite the discomfort that Thailand’s current political unrest has temporarily imparted on our business community, I am happy to share some good news.

“A commitment by central banks in three of the world’s biggest economies – United States, European Union and Japan – to keep interest rates low through 2014 and beyond has given business sentiment a shot in the arm around the globe.”

Globally, confidence rose 2.6 points in the fourth quarter to 63.0, its highest level since April 2012. On a regional level, several areas reported notable developments in January.

The United States, the survey showed rose out of its 15-month confidence rut, jumping three points to 63.5, its highest level in nearly two years.

During the past three months, US CEOs appeared to have turned the corner from cautious to confident.

“Where in October they saw an economy stalled by deep divisions in Washington and worried about Fed tightening, they now see an economy gathering speed, fueled by stock market and employment gains and the promise of continued low interest rates.”

Surprisingly the European Union also hit its all-time high in the history of the survey, swelling to 62.2 in its third consecutive quarter of gains. Nine months ago, it stood at 51.4.

“A supportive central bank, low interest rates, narrowing sovereign interest rate spreads and improving conditions for European exports all contribute to the widespread feeling that, though pre-crisis growth rates are not to be expected yet, the Eurozone economy has turned a corner.”

Members in certain parts of Asia reported their second consecutive jump in confidence in Q4 2013, as the region’s index gained 3.5 points to land at 63.6.

Business confidence surged in China, Japan and India. But continued its downward trend in Southeast Asia.

“CEOs in the region are encouraged not only by the Bank of Japan’s quantitative easing program, but also by the economic reforms announced by China in November and signs of economic resurgence in India.”

However, the survey showed that capital outflows, reduced liquidity and currency depreciation brought about by higher long-term interest rates in the United States continued to take their toll on CEO sentiment in Southeast Asia.”

This survey indicates that CEOs in the major developed economies of Europe, USA and Northern Asia are confident that 2014 will be a strong year of recovery.

We in Thailand should ensure our businesses can leverage off these positive global sentiments.