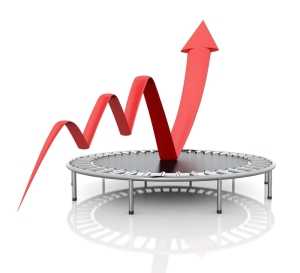 Sharply dropping oil prices, will mean net positive global growth for all oil-importing countries and regions including the United States, the European Union (EU), and Japan.

“However, falling oil prices will weigh on the economies of oil-exporting countries.”

For oil-importing countries, dramatic price drops should provide considerable stimulus as consumers have more money to spend on other goods and services.

They will be forced to slash government spending that will reduce GDP growth and lead to recessions.

“As cash flow dries up and the economy sinks into recession, the currency may collapse, perpetuating higher interest rates and a weakened economy.”

The central banks, he said are buying massive quantities of public and private securities that have driven interest rates to record low levels and have weakened currencies.

“This strategy has produced vibrant growth in the United States, and its supporters hope the same will occur in EU and Japan.”

Robust US growth and lackluster growth EU and Japan growth, Slifer said are generating extreme currency movements and causing a redistribution of growth.

“It is providing a welcome boost to GDP growth in the EU and Japan, where the pace of expansion is currently quite sluggish, but it also has created a modest headwind for the U.S. economy.”

As the yen’s value declines and Japanese goods become cheaper for Americans and Europeans, it will stimulate Japanese export growth and rejuvenate the economy.

With GDP growth in Japan only projected to be 1.0 percent this year, Slifer said anything that invigorates GDP growth is a welcome event.

According to Slifer, the YPO Global Pulse Index for Asia rose 1.4 points in April to 63.6, a lofty level indicating that respondents anticipate a GDP growth pickup this year.

“But this relative stability in the overall index masks uneven growth prospects within the region.”

Although sharp oil price drops have benefited some countries in the region, the negative impact of falling oil prices and political uncertainty is most evident among ASEAN nations, especially Malaysia, Thailand and Indonesia.

“Oil prices collapsed in the second half of last year with confidence among ASEAN member countries plunging by 12 points.”

However, recent rising oil prices, he said have revived the spirits for this group of nations.

Expectations for GDP growth in China, he said have been steadily ratcheting downward.

“Government leaders continue to press the transition from an industrial-based economy to a more consumption-driven growth. Despite these slower GDP growth expectations, YPO leaders do not seem particularly concerned.”

“It is an oil-importing country and has benefited from the sharp drop in oil prices. At the same time, the Bank of Japan has adopted a quantitative easing strategy similar to the successful program used by the Federal Reserve.”

In so doing, the Japanese yen has weakened by 55 percent in the past two years. This will stimulate export growth and accelerate economic activity as Japanese goods become cheaper for foreigners.

“This combination of falling oil prices and wildly stimulative monetary policy has boosted the Japanese stock market 34 percent during the course of the past year. As a result of this combination of factors, confidence among YPO leaders in Japan continues to climb steadily.”