The Nation: Spread the word about the recovery

To encourage Thailand ’s economic recovery, businessmen going overseas must make every effort to promote the country as an ideal investment environment.

Edwin Sim, country head and managing director of Korn Ferry Thailand said it was important that foreign businessmen in Thailand promote the country, particularly during these dire economic times.

He said that his biggest problem was conveying to his many multinational clients that Thailand is still a great investment environment. “These people have been swamped with nothing but bad news about Asia in the past year,” he said.

Sim said that it was up to businessmen in Thailand – both local and foreign – to spread the world about Thailand ’s recovery and still unlimited long-term potential. “Once foreign investors begin receiving credible optimistic information about Thailand , they are more apt to continue with their long-term investment plans,” he said.

With the region’s prolonged economic slump, Sim said that major foreign investments in Thailand emanate mainly from global multinational corporations who are looking to continue expanding their presence in what they still believe will be the world’s fastest growing region in the 21st century.

He said that executives sitting in London, New York or Amsterdam look at their presence in Thailand from a long-term perspective. “It’s a matter of timing and many are taking this opportunity to strengthen their local infrastructure and management during the downturn,” he said.

Leading recruitment specialists such as Sim say that even though foreign multinationals seem to be expanding in Thailand during the current economic crisis, businessmen could help propel this country’s recovery by actively telling other foreign investors about Thailand ’s bright prospects. 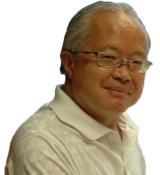 What is the China dream?