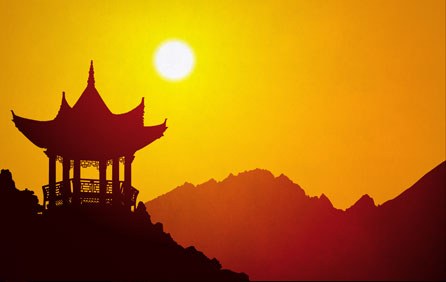 At a recent ASAN Future of Democracy plenum in Korea, Canadian-born Daniel Bell, Director, Center for International and Comparative Political Theory, Tsinghua University said China’s government has maintained its legitimacy during the past three decades because it successfully re-implemented its centuries-old meritocratic government model.

Bell, an Oxford graduate who has taught for ten years at Tsinghua said the government has retained its legitimacy with a unique vertical, meritocratic democratic government model, without introducing universal suffrage, regular multi-party elections and referendums.

Why China has succeeded

A key political question, Bell said is determining whether political regimes can be both meritocratic and democratic. Many 19th century thinkers such as John Stuart Mill really worked on those issues.

“However, in the current western democratic discourse, meritocracy has been downplayed onto the sidelines.”

Some political models, he said reconcile democracy and meritocracy by leaving it up to the voters to rationally express their views by choosing superior and virtuous leaders at periodic elections.

However, Bell said numerous social science research studies have shown that voters even in developed countries tend to be systematically irrational in making economic decisions.

When they aren’t irrational, they tend to focus on their own narrow economic interests.

Bell said many countries have tried to implement meritocratic checks on democracy’s excesses.

Some countries promote horizontal models that include democratically and meritocratically chosen houses.

Bell is not sure that these models will succeed because “inevitably the democratic house shall have more power over the meritocratic house.

“Once one-man one-vote is implemented, it tends to become sacrosanct and viewed as a sacred value and a system’s only source of legitimacy.

At this level, democracy works best, he said because local issues are easy to understand, people are more able to determine candidates’ virtues and morals and it’s easier to develop a sense of community.

“Most importantly mistakes will have less impact.”

If voters don’t choose leaders at the top, how can they be held accountable.

For instance, in a democracy corrupt leaders can be voted out of office while it doesn’t happen in a meritocracy.

Bell said eradicating corruption is a huge issue in China because it goes to core of the government’s legitimacy.

In ten years, he believes China will have dealt with corruption more effectively than other emerging democracies because its leaders realize it “goes to the heart of the system’s legitimacy.”

All systems Bell said must have mechanisms for change because what works at what time doesn’t always work later.

“It may need more freedom of political speech.”

Freedom of speech, Bell said is needed to identify new leaders and ideas currently not in vogue but may be important for the country’s future.

In China, nationalism, good performance and meritocracy have also been its government’s sources of legitimacy.

The government, he said must find ways to make its current system more legitimate to people outside the system. “It needs greater avenues for consent.”

Bell, a Quebecois suggest that perhaps a referendum every 50 years endorsing the political system may be sufficient. “Periodic elections tend to undermined meritocratic systems.”