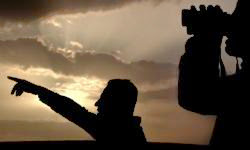 Although US Secretary of State John Kerry’s irate condemnation of Thailand’s recent resolution of its multi-year political-impasse irritated a significant part of the Thai population, a recent Foreign Policy article by Harvard professor Stephen M Walt may give us a better understanding.

In “Democracy, Freedom and Apple Pie aren’t a foreign policy”, Walt said the pervasive influence of “liberal idealism” in the conduct of US foreign policy during the last three post Cold-War presidential terms has been the problem.

“Liberalism rests on a clear set of moral and political desiderata.”

This concept, he said places the individual at the center of political life and sees human beings as possessing certain inalienable rights.

“Liberals rightly emphasize individual liberty and are wary of unchecked power, and they believe that these principles apply to all human beings.”

Moreover, liberals believe democracy is the best form of government and favor the rule of law, freedom of expression and market economies.

“They also believe – with some validity – that most human beings would be better off if these practices were universal.”

Similar to most of us in Thailand, Walt agrees that liberalism’s central features are extremely appealing. “But the moral appeal of these basic liberal principles does not mean they are a sound guide for foreign policy.”

In reality, Walt said the past two decades suggest that basing a great power’s foreign policy primarily on liberal ideals is mostly a recipe for costly failures.

“The central problem is that liberalism does not tell us how to translate its moral absolutes into clear, effective strategies to bring them about.”

When foreign governments act illiberally or object to US or Western efforts to expand human rights, democracy, or any other cherished liberal principle, Walt said US leaders almost automatically “sputter in rage and then denounce that foreign leader as reactionary and misguided at best, or as the embodiment of evil at worst”.

In the meantime, applying economic sanctions against the perceived recalcitrants, he said are weak tools that normally strengthen rulers and inflict vast suffering on entire populations.

Paradoxically, he noted that the more liberal societies try spreading their creed to others, the more likely they are to compromise those values at home.

“.… liberal governments that wage idealistic crusades are often guilty of lying to their own people in order to sustain popular support, and maintain large and secretive national security apparatuses as well.”

Moreover, since most liberals are convinced that their cherished beliefs are beyond debate, Walt said they often fail to recognize that non-liberal societies may not welcome these “wonderful gifts from abroad”.

Western countries should concentrate on perfecting practices at home

The US and other liberal democracies, he said would do a better job promoting their most cherished political values it they concentrated on perfecting these practices at home instead of trying to export them abroad.

“If Western societies are prosperous, just, and competent, and live up to their professional ideals, people in other societies will want to emulate some or all of these practices, suitably adopted to local conditions.”

In some countries, Walt said these processes may occur rapidly, in others only after difficult struggles, and in a few places not for many decades.

“Trying to speed up a process that took centuries in the West, as the United States has been trying to since 1992, is more likely to retard the advance of liberal values than it is to advance them.”