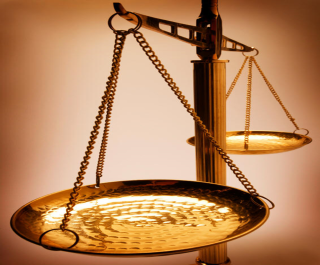 The recent surprising Donald Trump election and Brexit referendum results question whether successful globalization in the past several decades is sustainable in its current form, especially for wealthy western European and North American countries.

In a recent Harvard Business Review article “Why the Global 1% and the Asian Middle Class have Gained the Most from globalization, economist Branko Milanovic said the period from the mid-1980s to today has been the period of the greatest reshuffle of personal incomes since the Industrial Revolution. “It is also the first time that global inequality has declined in the past two hundred years.”

Milanovic said the “winners” were the middle and upper classes of the relatively poor Asian countries and the global top 1%.

At the same time the “losers” were the people in the lower and middle parts of rich countries’ income distributions, according to detailed household surveys data from more than 100 countries between 1988 and 2008, put together by Milanovic and his colleague, Christoph Lakner.

The recent backlash by middle-class American voters that lost their jobs are key examples of globalization’s potential political fall-outs in advanced western countries.

Massive income expansion in huge areas such as China and South East Asia, Milanovic said was so overwhelming that it ensured global inequality’s decline — despite the real income growth of the top 1% and rising national inequalities in many countries.

Between 1988 and 2011, real incomes more than doubled, including one third world of the population, most of them in Asia.

Milanovic said Asia’s huge income gains lead to obvious questions: “Does the growth of the Asian (or more generally global) middle class occur on the back of income stagnation of the Western middle classes? Or at least, are the two somehow related?

The first question has been loudly answered in the recent US presidential election and Brexit. In the US mid-west, middle class factory workers that believed they lost their jobs to new factories in China and Mexico rebelled and voted in an “outsider” as president.

The author wonders if the policies that are credited for creating the new “middle class” in China, Vietnam, Thailand, and increasingly in India might not at the same time be “impoverishing” the middle classes in the rich world.

This increasingly paradoxical dilemma results in a situation where decreasing global inequality coexists (or may be responsible) for rising national inequalities in the rich countries.

Are increasing national inequalities the “price” the world will pay for decreasing global inequality and poverty?

Is one “good” thing linked to another “bad” thing?

Milanovic noted that most people compared themselves with other people in their own country, rather than to a random person elsewhere in the world.

Therefore politically, the positive developments reflected in lower global inequality may not be something that really matters to individuals in their own countries.

John E. Roemer, a political scientist at Yale University and the author conducted a study that showed most people care more about their relative positions in national income distributions — not global ones.

In most countries, and especially in the big ones like China, India, the United States, and Russia, national inequalities have risen.

So if people are more focused on national inequality, their concerns about what is happening at home will dominate.

Globalization is a train that has left the station. It can’t be stopped.

However, in the near future we should expect many “rich” countries to begin renegotiating trade agreements, tax structures and provide huge incentives for infrastructure investments that will provide middle class jobs.