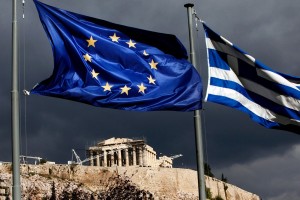 Everyday when we turn on our televisions or open our newspapers, we hear or read how Greece, Spain or Italy are about to default on their loans.

To make matters worse, the broadcasters tell us if their big brothers Germany and France don’t do something about it, the whole world may be driven into a 1930’s-like depression.

Networks such as CNN, BBC and Fox News parade a whole slew of talking-heads, noted economists and experts who try to explain what happened. Everyone seems to be blaming others for the problem.

However, amid all the noise several facts can be deducted, especially if we look at Greece.

In the last several decades, the world’s wealthiest societies grew  rich by devising better and better ways to give people what they want. Many governments, especially in Europe and the USA are in trouble today because they pandered to their electorates – providing short-term rewards by sacrificing long-term sustainability.

It is apparent that from 2002, much of the developed world including its individual citizens fueled economic growth by borrowing money that they probably could not afford to repay.

Some reports indicate that worldwide debts, public and private, more than doubled from 2002 from $84 trillion to $196 trillion in 2008, when the US sub-prime crisis almost triggered a global economic melt-down.

Greece is a country of about 10 million people, a bit fewer than Bangkok and its surrounding areas. A few years ago, the International Monetary Fund (IMF) and the European Central Bank (ECB) agreed to lend Greece $US145 billion.

As of 2011, in addition to $400 billion of outstanding government debt, the Greek government owed another $US800 billion in pensions. The total amount of $US1.2 trillion meant that every Greek citizen owed about $US250,000.

A large part of the Greek economy’s growth from 2000 onward came from foreign loans extended to the country.

In 2001, Greece entered the European Monetary Union (EMU) and began using the Euro instead of its drachma. More importantly, by switching to the Euro, the Greek government suddenly realized that it could borrow Euros at five per cent per annum versus its prior 18 per cent rate.

By joining the EMU, Greece was able to effectively borrow with an implicit German government guarantee and was therefore afforded much lower interest rates. The Greek government used these new found funds to satisfy their electorate with many populist but costly programs.

In his 2011 best-seller, Boomerang, Michael Lewis said that the Greeks may not know how many workers, they have in the public sector.

“The Greeks have teachers who don’t teach, tax collectors on the take, well-paid railroad employees and hospital workers must be bribed to pay for overpriced supplies.”

The most egregious example of government waste was the Greek national railway which had revenues of 100 million Euros. At the same time, its employees were paid annual wages of 400 million Euros and the company also spent an additional 300 million Euros in other expenses.

Lewis said the average Greek state railway worker earns 65,000 Euros a year. “Twenty years ago, the Minister of finance said it would be cheaper to put all Greek rail passengers into taxis and it still is.”

In addition, the Greek public school system, which Lewis said is one of lowest ranking in Europe employs four times as many teachers as the highest ranked, Finland.

To continue being elected, various Greek governments have also implemented very generous but under-funded pension programs that are virtually bankrupting the country. “The retirement age for arduous jobs is 55 for men and 50 for women.”

“Democracy destroys itself because it abuses its right to freedom and equality and because it teaches its citizens to consider audacity as a right, lawlessness as a freedom, abrasive speech as equality, and anarchy as progress.”

Greek governments have not only been inept on the spending side. The have also been very lax collecting taxes from high income individuals.

Greece’s funding problems are not isolated cases of government mismanagement. Many US cities in the 1970s began deferring wages increases for their employees including teachers, firemen and teachers by offering them great retirement benefits.

By the 2000s many of these pension liabilities are coming home to roost.

San Jose, which is in the heart of California’s Silicon Valley has one of America’s highest per capita incomes. “The city owes so much money to its retired employees that it could cut its debts in half and still wind up broke.”

“Police and fireman pension benefits eat up 75 per cent of discretionary spending because over the past several decades, the city has repeatedly caved-in to its unions.”

The city’s pension costs were $73 million per year when the current Mayor was first elected and now its $245 million. “In three years it will be $400 million.”

Lewis said that city is legally obliged to make these costs and can only respond by cutting elsewhere. “Libraries are closed three days a week, park services are cut and police and fire-fighter are laid off.”