AEC 2015 will provide an economic dividend 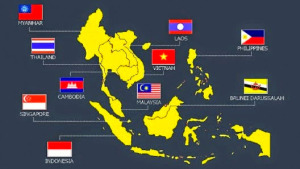 Edwin Sim looks at why AEC 2015 will provide an economic dividend.

My recent conversations with businessmen in the region indicate a clear view that the upcoming ASEAN Economic Community 2015 will drive continuing economic growth.

Most businesses are implementing strategies that focus on optimizing AEC 2105 regional economic-integration opportunities.

In the past decade, many global investors and particularly the international media have primarily focused on emerging market opportunities in India and China.

However, many businessmen say the oncoming AEC 2015 has made everyone aware that ASEAN countries are an important element of Asia’s continuing growth.

Although China’s last two decades consistent growth-rates have garnered much attention, people are realizing that during the next decade, GDP growth in Vietnam, Indonesia, Malaysia, Philippines and even Thailand will increase much faster than established economies such as recovering Japan and resource-rich Australia.

Consequently, foreign and regional investors are already making major investments in the region that will drive economic growth.

Recent studies by global consultants such as McKinsey confirm that a major ASEAN driver will be the need for new roads, ports, and power plants, and governments’ determination to expand capital markets.

In addition, these infrastructure developments will not only drive GDP growth but at the same multiply an already fast-growing consumer middle-class.

Infrastructure has been a big growth driver for much of Asia, including ASEAN, and will continue.

A recent McKinsey report indicated that over the next half decade, the ASEAN region is expected to spend more than $US350 billion on infrastructure. During this period, innovative new capital market and syndicated loan products will be continuously developed to attract funding from local and overseas investors.

Indonesia, Thailand, and Vietnam will commit the largest amounts to infrastructure development, while Singapore is expected to spend little. Indonesia will address a lack of quality roads, inadequate power supply, and a dearth of public transport.

Moreover, within ASEAN numerous obvious infrastructure opportunities have also been identified. Indonesia and Vietnam currently lacks reliable electricity, quality roads, or seaports. “Its infrastructure requirements are estimated at $70 billion to $80 billion over the next five to ten years.”

Regional infrastructure companies including major Thai entities will be aggressively competing for much of this work.

Significant portions of these investments will be geared toward much needed infrastructure investments.

Even more importantly, with rising personal incomes, ASEAN-based pension and provident funds are quietly becoming large capital pools that can finance a significant part of any country’s infrastructure developments.

In addition, sovereign wealth funds and large foreign reserves accumulated since the 1997 crisis are other capital pools that can be steered toward infrastructure developments.

Major ASEAN infrastructure expenditures will contribute an economic dividend of more middle-and-higher income consumers whose demands must be serviced.

Thai consumer-oriented companies such as Thai Beverage and Central Retail are already expanding into the region with major acquisitions.
Here at home, we should expect our economy to benefit from AEC 2015 with increasing trade and manufacturing opportunities both within and outside AEC.