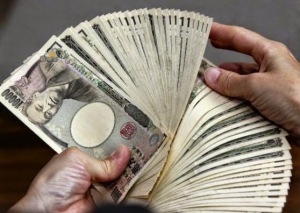 Edwin Sim looks at how Abenomics is transforming Japanese confidence.

Recently, we had the pleasure speaking to Hajime Fukuzawa, Executive Vice President and Head of Global Business of DIAM Asset Management, a joint venture between the Mizuho Finance Group and Daiichi Life Insurance at our co-sponsored 6th Annual Thailand Roundtable: the new global drivers.

Fukuzawa told us that he was very excited with Abe’s current performance as Japan’s Prime Minister.

He said the Abenomics’ master plan that includes weakening the yen and temporarily boosting infrastructure has drastically overturned decades of consumer and corporate gloom and will inevitably help South East Asia, a critical part of its global chain.

“For several decades, Japan suffered deflation and eroded public confidence especially when it’s once global-leading economy was surpassed by its neighbor China.”

Fukuzawa, who travels abroad monthly on company business said that many of clients have begun asking him why Japan is different now.

“Our answer is strong political will.”

Although Abe’s previous tenure as PM six years ago was rather ineffective, Fukuzawa said this time he is backed by strong majorities in both of Japan’s lower and upper houses of parliament.

“These majorities will ensure that many of his policies will be executed.”

Moreover, Abe has also undertaken a very subtle but critical governance change that will ensure the full brunt of his policies will be implemented.

“The Abe government has decided that henceforth politicians and not bureaucrats will be developing the new regulations and laws.’

According to Furukawa, in the past, politicians developed the legal framework for new laws;  while the bureaucrats developed the rules and regulations and were in charge of implementation. Under this environment, new policy frameworks were inevitably watered-down by self-protective bureaucrats.

In the new Abenomics environment, Furukawa said that politicians and bureaucrats execute the new laws together. “With a much greater role given to the politicians,” he added.

Since the beginning of 2013, Abe has also regularly inspired Japanese citizens such as Furukawa with what appears to be a new refreshing political style eschewing normal Japanese bureaucratic political speeches with a much more “direct” communication style.

He has displayed this new direct style during recent public appearances by emphasizing Japan’s return to preeminence with five main themes: Japan is back; Japan should open up the country to foreign investment; Now is the time to invest in Japan; Buy Abenomics;  and his Tokyo – best safe city in the world at the recent Japanese Olympics bid.

“We have never seen Japanese PMs use such language in their speeches and now many Cabinet members also want to make their own speeches.”

Consumer as well corporate psychology has also been positively transformed by Abenomics. “The yen depreciating from Y100 to Y75 to the US dollar has created a new increasing corporate-profits environment (first half 2013 corporate results).”

As a result, many companies are now talking more about greater capital investment and other companies are considering increasing dividends and share buybacks. “As the CPI continues rising, it is followed by overwhelming sentiment change.”

At the employee level, where wages have been stagnant because of years of deflation,  Furukawa said many large companies are now finally considering increasing salaries in the first quarter of 2014. “These salaries increases will inevitably lead to increased consumption.”

Abenomics, Furukawa said has also added a new life to Japanese capital markets. During the deflationary period, Japanese corporate stocks were primarily purchased by overseas investors. “Only  about five per cent were held by domestic investors.”