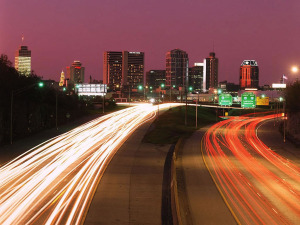 In Thailand where modern hypermarkets and supermarkets dominate with more than 55 per cent of retail sales, manufacturers can still unlock much potential with well-constructed strategic routes-to-market.

Embrace the duality of emerging markets

“…. and be prepared to live with that reality for the foreseeable future.”

Companies that successfully craft nuanced strategies that include traditional retailers, McKinsey said can raise emerging market revenues by five to 15 per cent and profits by 10 to 20 per cent.

Global manufacturers normally enjoy dealing with large-format
retailers because they are familiar and easy to deal with, and can free them to focus on strategy, product development or recruiting.

These retailers, however, command high listing fees and big discounts, and impose many stringent conditions and also quick to weed out products that don’t sell briskly.”

In some cases, manufacturers have focused on large retail chains to build strength and then gradually developed capacity to work with traditional outlets.

Thai seafood processor, Prantalay Marketing increased it ready-to-eat meals launched in 2004 to more than $US30 million within six years, in part by concentrating on large retail chains, including Siam Makro, Big C and Tesco Lotus.

“The focus on modern retailing made sense because Prantalay’s prepared meals were frozen and required a reliable cold chain. Now the company is turning its attention to traditional channels and expanding its product lineup to include offerings, such as instant noodles, that do not require freezing.”

Sophisticated segmentation strategies are also critical for targeting traditional trade channels because some countries such as China and India may have may have millions of outlets.

When mapping routes-to-market in emerging economies, manufacturers should initially focus on a geographic region or cluster of cities and achieve complete coverage at outlets with significant potential before going on to the next market.

They should also look beyond the current sales in priority traditional outlets.
“It’s far better to estimate potential sales by using forward-looking parameters, such as store size, proximity to workplaces or schools, traffic volumes, neighborhood wealth, or shelf space.”

An additional critical element is precisely determining the combination of service, support and incentive each outlet segment requires.
Question such as “what should a store look like?” or “how should a product be displayed, stored, priced and promoted” should be addressed.

Balancing cost and controls in routes-to-market

The authors warn that even the most sophisticated segmentation strategy can be undone by flawed transportation and service models.
Although direct delivery with a manufacturer’s own trucks and trained employees is the preferred option for modern trade, such costly support however must be confined to outlets that really matter.
“Often, “basic availability”—with products delivered, say, by wholesalers—will suffice.”

In many of these markets, companies must deal with thousands of distributors and wholesalers, which often struggle to realize the manufacturer’s brand goals or strategies for influencing the behavior of retailers.

An additional critical success factor is continuously upgrading the front-line’s skills and technology.
“The many moving pieces in these sales and distribution networks demand a relentless focus on frontline execution.” 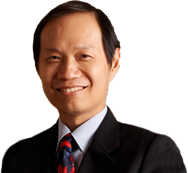