The DTAC Story – part one 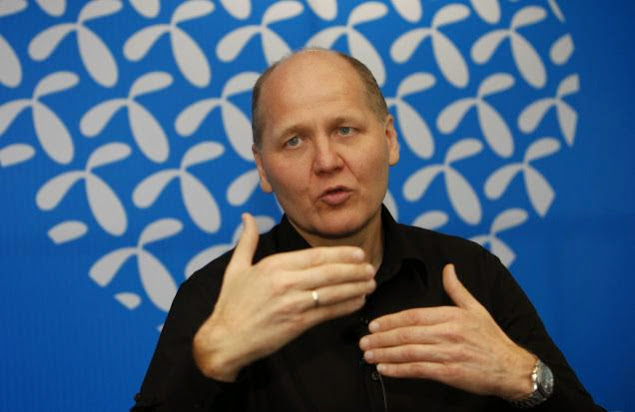 Winning by throwing away the book

The traumatic “tom yam gung” economic crisis that shook Thailand in 1998 seriously damaged numerous many Asian companies. Soon after, many foreign investors jumped into the region and reinvigorated the economy with local partners.
After inevitable brief periods of struggle, numerous joint ventures successfully created dynamic and innovative companies from the ashes.
One company threw out conventional textbook solutions and used radical innovative management strategies to hugely profit from a volatile fast-changing post-recovery environment. Today, it is a major participant in Asia’s dominance of global economic growth.

In late 2001, I received a call from a heavily-accented European gentleman who asked me if I could help his company build a new senior management infrastructure for its planned mobile-telecom joint venture in Thailand.

During the next decade, I was lucky enough to nurture a relationship with this gentlemen and his successful joint ventures. Most importantly, it also gave me the opportunity to experience a close-up view of how a Norwegian-owned telecom company and a Thai family conglomerate capitalized on a volatile environment by ignoring conventional management strategies and basically successfully shot for the moon in a fast-changing business recovery environment.

Prior to the 1998 economic crisis, many Thai companies successfully rode late 1980s foreign-lead investment booms that led to double digit export-driven growth and subsequently plummeted with the late 1990s unprecedented Asian financial crisis, when sudden currency devaluations bankrupted many of them overnight.

With the help of foreign venture partners, these new companies carved out new beginnings for themselves and the region.

The way DTAC, an affiliate of Norway’s Telenor Group Plc and UCOM that controlled TAC, a Thai mobile telephone concession achieved its post-crisis success has left a very strong impression with me.

During an 18 month period beginning in mid-2002, I watched co-CEOs Sigve Brekkle and Vichai Benjarongkul chart new waters to manage their company’s unprecedented growth. Their panache and consummate skills ultimately led to the company’s current position as a dominant player in the competitive Thai mobile phone market.

Together, the dynamic duo re-ignited a once stagnant subsidiary of a family conglomerate into one of the most successful and talked-about organizations in Thailand.

As the company rode unprecedented growth in mid-2004, Sigve and Vichai said at a Bangkok conference that they didn’t set out to execute a “A Blueprint For Change Management Success”.

They were merely trying to create a new “DTAC Way” that would rejuvenate what had become an also-ran in a fast-growing competitive business.

Immediately after the 1998 Asian economic crisis, the Thai mobile telecom industry was relatively small and stagnating with only about two to three million subscribers. Within a decade subscribers would sky-rocket past 61 million.

Sigve and Vichai knew they wanted DTAC to be on the “gravy train” and didn’t want to miss the boat.

‘I’m not sure everything we’ve done is applicable for other industries or companies. Some of the things may have worked at DTAC but may not work for others. This is not a blueprint for anything other than turning DTAC around a little.” Sigve said modestly.