Rich and powerful – can entrepreneurs be both? 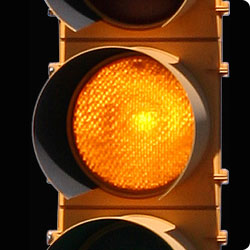 Owners of many successful family businesses in Asia inevitably must decide whether to bring-in outside investors to help scale their already-thriving enterprises.

A recent study by Harvard professor Noam Wasserman indicates that many entrepreneurial business owners want to make a lot of money and also run the show.

In his Harvard Business Review article “Founder’s dilemma”, Wasserman’s research shows that in America it is tough to accomplish both successfully.
“Between making money and managing their ventures, those who don’t figure out which is more important to them often end up neither wealthy nor powerful,” he said.

Every would-be entrepreneur, Wasserman said want to be a Bill Gates, a Phil Knight or an Anita Roddick each of whom founded a large company and ran them for many years. “However, successful CEO-cum-founders are a rare breed,” he said.

Wasserman said that founders must be honest about their motives for getting into business. Are they in business to build and rule over an empire (the king option) or are they in it to make boatloads of money (the rich option)?

The rich options, he said enable businesses to become more valuable but it sidelines many founders by taking away the CEO position and control over major decisions.

The king options allow founders to retain decision-making control by allowing them to stay as CEOs and maintain Board control. “But often by building a less valuable company,” he said.

For founders, Wasserman said rich options aren’t necessarily better than king options or vice versa. “What matters is how well each decision fits with their reason for starting the company.”

Consequently, business owner entrepreneurs must eventually come to grips with what success really means to them by choosing between money and power.

“Founders who want to manage empires will not believe they are successes if they lose control, even if they end up rich and conversely, founders who understand their goal is to amass wealth will not view themselves as failures when they step down from their job.”

To fully capitalize on their successful business opportunities, Wasserman said entrepreneurs eventually realize that their limited financial resources, ability to inspire people and passion simply are not enough. They end up inviting family, friends, angel investors or venture capitalist to invest in their businesses. “They often must give up control of the businesses.”

Once a company’s board is in the control of others, the entrepreneur’s CEO job is at risk because the board’s task is quite straightforward. If the founder underperforms as CEO, the Board will find someone new.

On the other hand if right investors are chosen, the entrepreneur’s financial gains will soar. Wasserman’s research showed that founders giving up more equity to attract cofounders, non-founding hires and investors build more valuable companies than those  who with less equity.

“Founders end up with a more valuable slice but they have to give up most of the decision making.”

Entrepreneurs are also often convinced only they can lead their start-up to success. “I’m the one with the vision and desire to build a great company. I have to be the one running it”

Wasserman agreed that there is a great deal of truth to that point of view. “At the start the enterprise it’s only an idea in the mind of its founder, who possesses all the insights and the opportunity, about the innovative product, service or business model that will capitalize on the opportunity, and about who the potential customers are.

The founder, he said hires people to build the business according to that vision and develops close relationships with the first employees. He also creates the organization culture, which is an extension of his or her style, personality and preferences.

“From the get go, employees, customers and business partners identify start-ups with their founder, who take great pride in their founder-cum-CEO status’

However, founders, also often make decisions that conflict with wealth-maximization principles. “Some options had the potential for generating higher financial gains but others, which founders often chose, conflicted with the desire for money.”

Wasserman’s research also showed that four out of five entrepreneurs are forced to step down from the CEOs post. “Most are shocked when investors insist they relinquish control. They are inevitably always pushed out in way they don’t like – well before they want to abdicate.”

Change in leadership can be particularly damaging when employees loyal to the founder oppose it. “In fact, the manner in which founders tackle the first leadership transition often makes or breaks young enterprises.”

Edwin Sim may be reached via edwinsim@humancapitalalliance.com