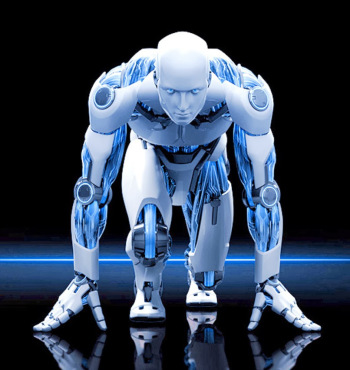 As smart machines dominate our lives, many parents are wondering how their children will be gainfully employed in the future.

In a recent Harvard Business Review article, “Beyond Automation – strategies for remaining gainfully employed in an era of smart machines,” Thomas H Davenport, Babson College Professor and Julia Kirby said that half of today’s jobs may vanish.

“How will our children compete against AI, against a much older and experienced workforce vying for even fewer positions.”

More and more people from all walks of lives, the authors said are concerned about automation.

“…. unless we find as many tasks to give humans as we find to take away from them, all social and psychological ills of joblessness will grow, from economic recession to youth unemployment to individual crises of identity.”

The public, they said should reframe the current question that normally asks how smart machines can replace work currently done by humans more cheaply and rapidly.

Instead they should ask what new feats might people achieve if they had better thinking machines to assist them.

“We should reframe the threat of automation as an opportunity for augmentation.”

Augmentation means starting with what humans do today and figuring out how that work could be deepened rather than diminished by greater use of machines.

In some cases, machines they said will allow us to take on tasks that are superior, more sophisticated, more fulfilling and better suited to our strengths.

Employees must be convinced

For augmentation to work, the authors said employers must be convinced that human and computer combinations are better than working alone.

“Employees must overcome their tendencies to see machines and people as substitute goods.”

The realization becomes clearer when enterprise success depends more on constant innovation than on cost efficiency.

To achieve efficient augmentation, the authors suggested five key steps should be considered as alternatives.

1. Step up to higher cognition levels

Although computers and smart machines are capable of doing many things more efficiently and rapidly, human beings today are more capable of big picture thinking and higher level of abstraction than computers.

“Let the machine do the things that are beneath you, and take the opportunity to engage in higher order concerns.”

For instance, a brand manager orchestrates all the activities required to position a brand successfully.

“A lot of brain work cannot be codified. Empathy is valuable in any setting that has customers, co-workers and owners.”

In some cases, when computers make decisions, people are needed to step-in and save the company from unintended worse case scenarios.

For instance, the authors noted that former Federal Reserve chairman, Ben Bernanke was turned down by a computer for a mortgage soon after he retired from the Fed.

Many people will be able to capitalize on skills within their professions that would not be profitable to automate.

A successful Dunkin Donut franchise salesman’s knowledge on how to convince potential franchisees, the authors said would be too expensive to effectively computerize.

“Someone had to build the next great automated insurance underwriting solutions.”