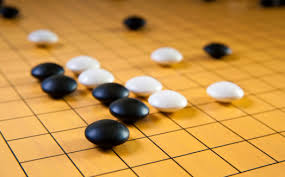 In her best selling book, The End of Competitive Advantage – how to keep your strategy moving as fast as your business, Columbia School of Business Professor, Rita Gunther McGrath said that to win in today’s volatile and uncertain environments, executives must exploit short-lived opportunities with speed and decisiveness.

McGrath said virtually all strategy frameworks and tools today are based on a single dominant idea: the purpose of strategy is to achieve a sustainable competitive advantage but today it’s “no longer relevant for more and more companies”.

Historically, strategy and innovations have been thought of as two separate disciplines.

Strategy was about finding a favorable position in a well-defined industry and then exploiting a long-term competitive advantage.

McGrath said many of her clients such as DuPont, 3M, Nokia, Intel and IBM began realizing that traditional approaches to strategy and innovation weren’t keeping pace with market speeds in which they were competing.

The new strategic logic recognized that stability was not a normal state. “Change is now normal”

No longer competing in industries

Companies no longer compete within industries. “Now they are competing in arenas.”

“Leveraging more ephemeral things such as deep customer relationships and the ability to design irreplaceable experiences across multiple arenas are becoming more important.”

McGrath said a huge strategic difference occurs when companies begin thinking in terms of arenas as opposed to industries.

In this environment, competitive threats are traditional. They may include product introductions, pricing and promotions.

This type of analysis can easily lead a business to being blindsided.

Money-center banks in the 1970s were blindsided by Merrill Lynch’s cash management accounts because they were not being offered by other banks. “Millions of deposits flew out door before anyone noticed it.”

Customers’ jobs to be done

Sustainable businesses today need to think of customers’ “jobs to be done” rather than rigid markets influenced by supply and demand.

In the 1980’s McGrath said Fuji and Kodak competed ferociously in film and film processing.

“It created a reality that photography could be done without film.”

McGrath said Onishi wasted no time moving on this insight.

In contrast to Kodak, Fuji began investing heavily in digital technologies to prepare for the next round of photography competition. Until 1999, Fuji spent $2 billion on research and technologies.

Ohnishi not only determined to keep the company relevant in digital technologies for photography but it also reached for opportunities outside the photography business.

To succeed, Fuji pulled resources from photography businesses by cutting $2.5 billion in costs to invest in new businesses.

Today, McGrath said Fujifilm has significant health care and electronics operations and obtains 45 per cent of revenues from document solutions and printers.

“All this in decades when Japanese industries moribund and country couldn’t escape stagnation.”

The company invested in new advantages by pulling resources from declining ones. This approach proved to more robust in the face of change

“It didn’t get it right every time, and sometimes the transitions were painful but the company didn’t get trapped by the past.”