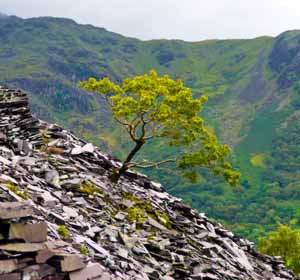 The sub-prime induced global economic crisis that began in late 2007 is still being slowly unraveled in the US and Europe. Currently, we are still being inundated daily with news that many European countries are overleveraged and need to implement austerity measures to revive their economies.

Massive budget cuts have been proposed and many disgruntled citizens are taking to the streets protesting what may be major long-term life-style changes. French and Spanish civil servants are crying because they may have to work a few extra years before receiving generous government pensions.

As the USA and Europe struggle through the aftermath of the global economic crisis Asia seems to have implemented the proper policy measures and most economies are performing admirably.

Recently, Morgan Stanley Asia’s chairman said in an op-ed piece in the Financial Times that through the global-crisis of 2008 and 2009 Asia has come through with flying colors. “Asia has come through the ­global crisis of 2008-09 with flying colors. As chairman of Morgan Stanley’s Asia businesses over the past three years, I have been privileged to witness this extraordinary resilience first-hand,” he said.

Prior to heading back to the Yale University in the US on July 1, Roach said that Asia learned painful lessons from its 1997-98 regional crisis. “That crisis stemmed largely from Asia’s vulnerability to the vicissitudes of international capital flows. Lacking in foreign exchange reserves, overly exposed to short-term external debt and with rigid currency pegs, the region stood little chance when the hot money started to flee. When Thailand went, Indonesia, South Korea, Taiwan and most of the others in developing Asia were quick to follow,” he said.

Roach said that Asia’s foreign exchange reserves build-up between two crises – from less than US$1,000bn in 1998 to nearly $5,000bn in 2009 – insulated it from the financial upheaval that followed Lehman Bros collapse.

The current global crisis, he said is primarily an external demand shock. “The unprecedented 11.8 per cent drop in the volume of global trade in goods in 2009 hit this export-led region extremely hard. No country was spared either sharp recession (Japan, Taiwan, Malaysia and Thailand) or major slowdown (China, India and South Korea),” he said.

More importantly, Roach emphasized the importance of China’s role in sheltering much of Asia from the global turmoil’s long-term pain that is inflicting the US and Europe.  Roach said that China has clearly arrived as the region’s dominant economic force.

In the past 10 years, export-led economies such as Japan, South Korea and Taiwan he said have all redirected their overseas shipments. “Their largest export market was once the US; now it is China. The “Asian dream”, as a result, is now much more a Chinese dream. That is certainly evident in Hong Kong nearly 13 years after the handover to China, but I also have seen it repeatedly in my business dealings across the region,” he added.

As a result, much of Asia he said is now more reliant on China for sustaining growth and prosperity. At the same time, he said China’s challenges can hardly be minimized as witness by the latest property and credit bubbles, as well as labor unrest.

Roach said that to immunize themselves from the vagaries of globalization, all countries in Asia should vigorously stimulate private consumption. He expected that China would initiate a pro-consumption shift in its 12th Five Year Plan (2011-16).

That, in turn, would provide a boost for its East Asian suppliers including South Korea, Japan, Taiwan and South Asia countries such as Thailand. Roach warned that if China failed to engineer this transition, its growth dynamic will be impaired by lingering post-crisis headwinds blowing from the west. “The rest of a China-centric Asia could then be in trouble,” he said.

Exports in Asia have risen from 35 per cent of GDP in the late 1990s to more than 45 per cent today. It is therefore imperative for Asia to move more toward greater reliance on internal markets which is a very different challenge than the one faced in 1997.

In the meantime, Roach said Asia should not bask in the glory of sailing through the current economic crisis. “Asia must prepare for the inevitable next crisis,” he said.

Roach said he was confident that China would do the right thing by turning its 1.3 citizens into consumers that will generate tremendous internal growth for itself and the region.