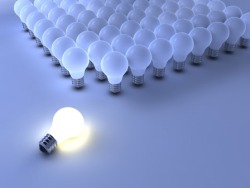 During the past several years, many clients have said they need to develop strong innovation platforms that will allow their companies to stay ahead of the competitive curve.

Innovation has become the mantra for corporate sustainability in the Asia Pacific.

However, many companies have also gradually discovered that costly traditional research and development (R&D) projects have not been great for discovering competitive threats.

“Plenty of executives in companies with robust R&D functions lie awake wondering whether their firms are about to be blindsided by technologies they never heard of,” he said.

Consequently, many US and Asian companies are also now investing in outside start-ups that can help them understand and respond quickly to business environment changes.

“In some cases, such a fund can even help stimulate demand for a company’s own products.’

At the same time, some of these VC investments may earn attractive returns, an added benefit for a tool that helps capture ideas that may ultimately shape an organization’s destiny.

For decades, large companies, Lerner said were wary of corporate venturing, especially when median life-spans were about one year.

Even firms with successful funds struggled to make use of the knowledge gained because company processes and rules often made them slow-footed and unfocused.

In the early 2000’s as the genomics revolution transformed the pharmaceutical industry, Lerner noted that Eli Lilly realized survival might hinge on its ability to catch up with disruption.

The company launched a corporate capital venture fund in 2001 to invest in start-up cutting-edge biotech firms.

By 2003, Lilly Ventures was involved in 30 such collaborations. “Many of these investments gave the parent company valuable insights into the science of developing drugs by analyzing biological data.”

By providing both an inside look to new technologies and possible use or ownership of the new ideas, Lilly and other pharmaceutical companies quickly responded to market transformations.

According to Lerner, Lilly Ventures was just one of several corporate venture initiatives in 1990s and 2000s that helped pharmaceutical companies catch up with rapid advances in biosciences that were threatening to render their chemistry-based businesses irrelevant.

It would have taken Lilly much longer and far more money to develop similar capabilities on their own. “Given the time and resources needed to update research facilities and recruit scientists with the right expertise, the growth of knowledge in internal laboratories can be painfully slow.”

In certain cases, corporate venture funds also served as an intelligence gathering initiative that helped the company identify and protect itself from emerging competitive threats.

During the 1980s, integrated-circuit makers such as Analog Devices created a venture program to search for silicon alternatives. The company, Lerner said created a program to invest in competing technologies.

Although Analog’s portfolio didn’t do too well, the company found out that making chips out of anything other than silicon turned out to be stubbornly difficult and expensive.

Once this reality hit the markets, Lerner said Analog’s stock increased sevenfold from 1979 to 1985.

“But the corporate venturing program had provided insurance. If the alternatives had been viable, Analog would have been covered.”