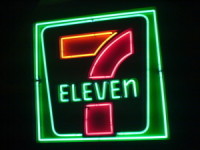 Many ASEAN companies discover that latching onto speedy and cost-effective global supply-chains are a sure way to develop very profitable businesses.

However, in the current IT driven environment, many companies throughout Asia are building agile, adaptable and aligned “local” supply-chains that have given them almost unparalleled competitive advantage.

Many of us often wonder how 7-Elevens can operate so efficiently and profitably throughout Asia, including Thailand.

In a paper published several years ago in the Harvard Business Review, Hau L. Lee, the Thoma Professor of Operations, Information and Technology at Stanford Graduate School of Business said 7-Eleven Japan’s successful domestic supply-chain was designed to respond to quick demand changes “….and not focus on fast or cheap deliveries.”

“It invested in real-time systems to detect changes in customer preference and tracked data on sales and consumers including gender and age at every store.”

According to Lee, well before the internet era began, Seven-Eleven Japan (SEJ) used satellite connections with ISDN lines to link all its stores with distribution centers, suppliers and logistics providers.

“The data allowed the supply-chain to detect demand fluctuations between stores, alerted suppliers to potential requirement shifts, helped reallocate inventory among stores, and ensured the company restocked at the right times.”

SEJ schedules delivers to each store within a ten-minute margin. “If a truck is late by more than 30 minutes, the carrier has to pay a penalty equal to the gross margins of the products carried to the stores.”

Over time, Hau said SEJ has continuously adapted its supply-chain to its strategy.

Several years ago, SEJ decided to concentrate its stores in key locations instead of buildings all over the country. By doing so, it increased traffic congestion every time the company replenished these stores. “To minimize delays, SEJ adapted its distribution system.”

The company asked its suppliers from the same areas to consolidate shipments in single trucks. “That minimized the number of trucks going to its distribution center, where SEJ cross-docks for delivery to its stores.”

During this period, SEJ also expanded its delivery vehicle types to include trucks, motorcycles, boats and even helicopters. Lee said SEJ’s logistics system is legendary.

“Less than six hours after the Kobe earthquake, when relief trucks were crawling at two miles per hour, SEJ used seven helicopters and 125 motorcycles to deliver 64,000 rice balls to the city.”

Fundamental to the supply-chain’s success is the close alignment between the company’s interests and those of it partners. “The incentives and disincentives are clear: make 7-Eleven successful and share the rewords. Fail to deliver on time, pay the penalty.”

Although the agreement may seem harsh, Lee said the level of trust among the partners is very high. “When products are delivered, no one verifies the contents. That allows carriers to save time and money, since drivers don’t wait after dropping-off merchandise.”

At the same time, when SEJ spots opportunities, it works closely with the suppliers to develop products and shares revenues. SEJ developed a very successful on-line sales company with six partner-suppliers.

The new organization allowed 7-Eleven customers to order products on-line or through SEJ kiosks and pick up the merchandise at any store. “The partners benefited from SEJ’s vast logistics network that delivers to well-located stores efficiently.”