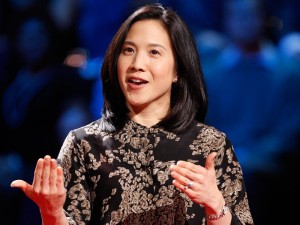 More than talent alone, the power of passion and perseverance, or “grit” is often a critical success determinant for high achievers.

In her recent bestseller, “Grit, the power of passion and perseverance,” Angela Duckworth, a University of Pennsylvania professor of psychology said highly successful people have a ferocious determination that is played out in two ways.

They are unusually resilient and hardworking and they know in a very very deep way what they want.

“They not only had determination; they had direction.”

Duckworth developed a grit scale, a test that measures the extent a person approaches life with “grit”.

“No other commonly measured personality trait – including extroversion, emotional stability, and conscientiousness, was as effective as grit in predicting job retention.”

For a lot of people, passion is often used to describe intense emotions, but in many of her interviews, high achievers talk about commitment of a different kind.

Rather than intensity, she said what comes up again and again is the idea of doing something consistently over time.

“Enthusiasm is common. Endurance is rare”

Because grit is about holding the same top level goal for a very long-time, goals must be organized in a hierarchy and prioritized.

Grit, she said is not about stubbornly pursuing – at all costs and ad infinitum every single goal on your list.

In terms of interest, people with grit enjoy what they do. Passion for work is about discovery, followed by development and a lifetime of deepening.

For children, a degree of autonomy is important during early years because overbearing parents and teachers may erode intrinsic motivation.

Secondly, gritty people have huge capacities to practice whatever they are pursuing. It’s a form of perseverance that requires daily discipline and will to do things better today than yesterday.

The last common psychological asset is “hope”. Gritty people always keep things going when they are difficult or when they have doubts.

Moreover, gritty people tend to never quit something they start.

Duckworth said her studies have shown that very successful high achievers are successful because they spent hours perfecting what are often-viewed as mundane skills.

She said most dazzling human achievements are in fact, an aggregate of countless individual mundane elements, each of which is in its own sense ordinary.

Therefore, greatness is “doable” for most people with passion and perseverance or “grit”.

“Greatness is many, many individual feats, and each of them is doable.”

In her studies, Duckworth has also zeroed in on one narrow aspect of overall performance – deliberate performance.

For more than a decade she religiously jogged each day for several miles but her times never improved.

A mentor finally asked if she had considered the following elements in her workouts.

Without considering the above elements, he said no one should expect highly-successful long term performance enhancements.

“We may not admit to others this bias for naturals, we may not even admit it ourselves. But the bias is evident in the choices we make.”

Our vanity and self love, promotes this cult of the genius

“For if we think of genius as something magical, we are not obliged to compare ourselves and find ourselves lacking…. To call someone “divine” means there is no need to compete.”

Focusing too much on natural talent she said also distracts us from something which is at least as important, that is effort.