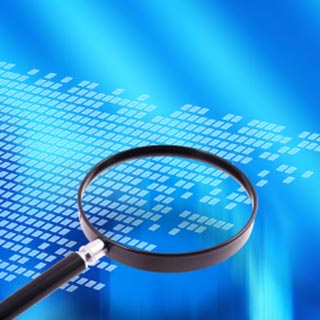 After investing, in some cases, up to a billion dollars into cash-strapped companies and financial institutions, many overseas joint-venture partners are requiring that their new subsidiaries or affiliates adhere to much higher standards of corporate governance.

Significant overseas investors have greatly affected the internal auditor’s role in Thai companies. Although the Securities and Exchange Commission has for the past few years mandated that a company’s internal auditor should be reporting to the chairman and not to the CEO, many companies have been slow in making the appropriate corporate structural changes.

Overseas financial institutions in particular have clearly mandated that their local subsidiaries’ internal auditors should report directly to the institutions’ CEOs. Newly published organization charts from financial institutions such as the DBS Thai Danu Bank, which is now controlled by the Development Bank of Singapore , and the Bank of Asia, now a subsidiary of Dutch giant ABN Amro Bank, clearly show that their internal auditors report directly to their chairmen.

In the past, the internal auditors of many Thai companies reported to the company’s CEO. The new corporate-governance standard led by foreign financial-institution investors is now slowly being adopted by local companies and should in the long run increase investors’ confidence in Thai corporates.

New investments by multinational publicly-held investors are also indirectly forcing their many local subsidiaries to conform to higher accounting and reporting standards. Overseas financial institutions that must follow the Generally Accepted Account Principles (GAAP) and receive clean audit opinions or be shunned by institutional investors are now requiring their subsidiaries in Thailand to follow suit.

The biggest bone of contention is in the area of loan-loss recognition. Many local financial institutions in 1999 received qualified opinions because they did not follow GAAP standards in recognizing loan losses.

International corporate-governance standards are also becoming more prevalent in senior-management hiring. To protect their massive investments, major overseas companies in such sectors as cement, automobile manufacturing and telecommunications have insisted on having the right to place key managers into a joint-venture company.

In most cases, the CEO may be appointed by the previously controlling Thai shareholders, but the chief operating officer and the chief financial officer will be appointed by the new foreign investor group. However, because of corporate-governance standards, major overseas investors, particularly those from Europe and the US , have not arbitrarily brought in their own people from overseas to fill these important positions.

Many have hired multinational head-hunter companies, such as Korn Ferry International, to validate their choices. A company such as Korn Ferry is asked to ensure that there are no other better candidates available. “As a matter of corporate governance, both for the parent company and the new joint-venture subsidiary or affiliate, the board and management want to ensure that the best available person is placed into these key positions,” said Edwin Sim, CEO of Korn Ferry Thailand .