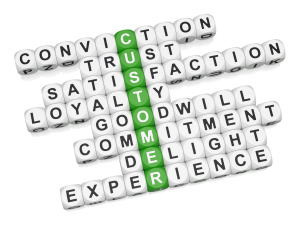 Edwin Sim, Managing Director of Human Capital Alliance explores why companies that are managed purely to maximize shareholder value may not be the answer to sustainability.

One of our most frequent discussions with clients is how they try to build sustainable businesses. Initially in Thailand, many family businesses struggle with making the move to hire professional managers to help scale their businesses. Once they decide to hire professional managers, they’re then faced with determining how performances can best be monitored and evaluated. Most importantly they must ensure the business grows sustainably over the long-term.

For more than three decades, many executives including Jack Welch of General Electric made “maximizing shareholder value” a top priority. Welch was known for relentlessly pushing managers to become more productive and efficient. Companies that could not become number one or two in their industry would be sold off or abandoned.

GE’s Jack Welch and Coca Cola’s Roberto Goizueta were two poster boy CEOS that exemplified why “maximizing shareholder value” was the most effective way to run a business.

Welch transformed GE from a $US13 billion dollar market cap in 1981 to $US484 billion at his retirement in 2001. To keep increasing shareholder value, Welch pushed GE to achieve higher and higher growth.

Near the end of Welch’s illustrious career, GE’s biggest engine of growth, GE Capital accounted for about half of GE’s earnings. However, by 2009, GE was forced to take massive write-offs at GE Capital and saw its market cap drop as low as $75 billion.

In a 2010 Harvard Business Review article, “The Age of Customer Capitalism, Roger Martin said that “while the $471 billion increase in shareholder value that Welch oversaw seemed wonderful at the time of his retirement, particularly to shareholders selling out at the top, it  is questionable how much shareholders benefited in the long term.”

Later on in 2009, in a Financial Times interview Welch said that “shareholder value is the dumbest idea in the world. Shareholder value is a result, not a strategy… your main constituencies are your employees, your customers and your products.”

In his Harvard Business Review article, Martin, who is Dean of the University of Toronto’s Rotman School of Management questions whether maximizing shareholder value is really the overall key to building sustainable businesses.

“For three decades, executives have made maximizing shareholder value their top priority. But evidence suggests that shareholders actually do better when firms put the customer first.”

Martin said it was time to discard the popular belief that corporations must focus first and foremost on maximizing shareholder value. “The idea is inherently and tragically flawed.”

According to Martin, it’s impossible to continually increase shareholder value because stock prices are driven by shareholders’ expectations about the future, which cannot be raised indefinitely. He added that the data shows that focusing on shareholder value hasn’t done shareholders any favors. They have actually earned lower returns since corporation adopted it as their guiding principal.

Determining what your customers value and focusing on always pleasing them, Martin insists is a better optimization formula. In promoting what he called the “customer capitalism” age, Martin warned of various constraints. “Companies will quickly go bankrupt if they made customers happier by charging ever lower and lower prices for ever greater value.” Instead, companies he said should seek to maximize customer satisfaction while ensuring that shareholders earn and acceptable risk-adjust return on their investments.”

Edwin Sim may be reached via edwinsim@humancapitalalliance.com