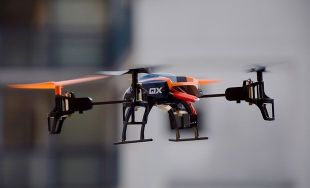 The advent of driverless cars, drones and battlefield military robots forces everyone to reassess our robotic futures.

Robotic technologies that collect, interpret and respond to massive amounts of real-world data on behalf of governments, corporations and ordinary people she said will unquestionably advance human life. “But they also have potential to produce dystopian outcomes.”

Nourbaksh said advancing robotics will involve dramatic tradeoffs, some so significant that they could lead to a human collective-identity crisis.

“…. robots now share the formerly human-only commons, and humans will increasingly interact socially with a diverse ecosystem of robots.”

Today, nearly all our social interactions, she said take place with other humans, but we are on the cusp of an era in which machines will become our usual interlocutors.

“Every day we will encounter robots, from hovering drones to delivery machines to taxis, that will operate seamlessly with and without human remote control; daily life will involve constantly interacting with machines without knowing just how much another person might be involved in the machines response.”

While human beings are guided by rich traditions of moral thought, Nourbaksh said robot-to-human interactions have no equivalent.

“….robots have no innate drive to avoid ethical transgressions regarding privacy or the protection of human life.”

For instance, robots currently used to defuse bombs are being readied for infantry deployment.

Some commentators question whether these infantry robots will be able to differentiate innocent civilians, especially women and children from enemy combatants during battle.

In previous early 20th century robotic technology breakthroughs, clear boundaries separated industrial robots from humans. Human and robots, Nourkash said performed wholly distinct tasks without interacting. Today such barriers have been breached, not only in the workplace but also in the wider society: robots now share the formerly human-only commons.

Nourbaksh said Carnegie Mellon and UC Berkeley and other robotic laboratories are developing exoskeletal robotic legs that will see the end to wheelchairs.

“For visually impaired wheelchair users, exoskeletal robotic legs combined with computerized cameras and sensors will create a human-robot team: the person will select a high-level strategy – say, going to a coffee shop – and the legs will take care to of the low-level operations of step-by-step navigation and motion.”

At the same time, this ability to augment human performance with exoskeletal robotic limbs may also pose ethical problems.

A fine line, she said separates genetic engineering from eugenics, so that there is no clear distinction between robotics that lift human capabilities to their organic limit and those that would vault a person beyond known boundaries.

“Research institutions, universities and the authorities that regulate them must help ensure that people trained to design and build intelligent machines also receive a rigorous education in ethics.”

For instance, she notes that all civil engineers are required to study ethics because incorrectly designed bridges can cause great public harm.

Ideally the rapid expansion of robots’ roles in society, she said should also be matched by equally impressive advances in regulations and in tort and liability law, so that societies could deal with inevitable responsibility and accountability issues.

However, the pace of change in robotics is far outstripping the ability of regulators and lawmakers to keep up, especially as large corporations pour massive investments into secretive robotics projects that are nearly invisible to government regulators.

Roboticists, she said face this kind of responsibility today, because their creations are no longer mere academic pursuits.