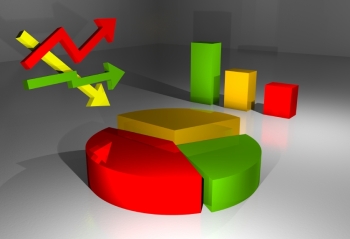 Led by giant investment groups such as Brazil’s 3G Capital, a growing number of the world’s largest food and packaged goods companies are asking suppliers to give them as much as four months to pay their bills, even though they typically ask their own customers to pay in 30 days.

After 3G led a takeover of Anheuser-Busch in 2008, it began imposing supply-chain financing programs that extend normal business payment to 120 days.

Such moves they claimed allowed their businesses to operated more effectively through better cash flow management.

Strom said many popular grocery store brands are also asking suppliers to give them four months to pay their bills.

Cash for other projects

By extending supplier payments to three or four months, companies have more cash for other projects.

Mondelez is using the excess cash to buy back stock, Kellogg is in the middle of restructuring and Proctor & Gamble’s move to extend payment terms to 75 days in 2013, Strom said probably increased its cash flow by $US1 billion.

“Extending our payment terms allows us to better align with industry practice and ensures we compete on a level playing field, while simultaneously improving transparency and predictability of payment processes,” Valerie Moens, a spokeswoman for Mondelez, maker of Cadbury chocolates, Honey Maid graham crackers and other brands told the New York Times.

Strom said the practice is often crippling for suppliers, especially smaller businesses that have little cushion.

In Britain, the Marketing Agencies Association called on its member advertising agencies to “strike” in April against Anheuser-Busch InBev after the company began seeking new terms.

“Those included acceptance of a payment period longer than 120 days and a request for pro bono work.”

Although these practices often initially improve cash flow, V. G. Narayanan, chief of the accounting practice unit at Harvard Business School said, “the additional financing costs suppliers incur because they aren’t being paid promptly work their way back into higher prices for consumers.”

Strom said most pressure currently falls on ancillary suppliers, providing companies with packaging, advertising, equipment and so forth.

“Diageo, for example, has asked for more extended terms from European suppliers of components for its manufacturing plants, but not from suppliers of sugar, an ingredient it cannot easily do without or readily find alternative providers for.”

However, two major commodities houses, which supply raw materials like coffee, flour, sugar and cocoa to food companies, told Strom that many of their customers were demanding longer payment cycles.

“I don’t think our purpose is about banking — we’re not a bank — or extended payment terms or agreeing to supply payment terms in low-interest conditions,” Sorrell said in an Advertising age interview shortly after Diageo moved to extend its payments to 90 days.

Harvard’s Narayan said the food manufacturers are essentially going to their suppliers for credit, rather than their banks — and for big, creditworthy companies like these, that’s ridiculous.”

Wall Street analysts, he said have also begun asking these companies to extend supplier payment terms if they want to benchmark well against competitors.

“….if one company does it, then other firms fall in line.”