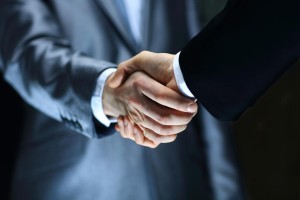 In a recent White Paper: “The family business transition landscape – you are not alone!” the authors said founders often struggle with such issues as leaving the business and being replaced or fears that the business’s duties and responsibilities won’t be fulfilled and improper decisions will be made.

“…. which often manifests itself as a desire to retain control, and deciding who is the right person to lead the business into the future.”

Many founder often approach succession planning by searching for an “heir apparent,” hoping to find the one person who can do everything the founder does.

“Unfortunately, there is rarely one person who can successfully step into the shoes of the founder, and often multiple people want to be involved—or even need to be involved—in order to do what the founder does.”

In these cases, the authors said founders need to replace themselves with a governance system that can involve multiple people fulfilling different roles and responsibilities, all working together within an integrated framework.

These goals may include how the succession entities would ultimately look including considering whether the new entities should be readied for sale to third party strategic or financial buyers, employees, or transfers or sales within family members the family.

Whether owners are contemplating selling the business to third-party buyers or moving the business down to the next generation, several important family business best practices should be institutionalized well in advance of the eventual business transition.

“Some best practices relate more to the finances of the business, while others are interpersonal family issues, but all are critical to the stewardship of the legacy you have worked so hard to create.”

Studies have consistently shown that families have about a one-third chance of successfully transitioning businesses from one generation to the next, regardless of country, culture, industry, or economic environment.

The reasons for failure, the White Paper said are very different from conventional wisdom.

A study conducted by Roy Williams and Vic Preisser followed 3,500 wealthy families of wealth over a 20-year period and identified what differentiated families that failed from those that successfully navigated intergenerational transitions. Reasons for failure included:

At the same time, families that successfully navigated major wealth transitions tended to share a set of eight identifiable best practices in common, including the following:

1. They started their transition planning early.
2. They articulated a clear vision to family, employees and key stakeholders.
3. They formalized a succession plan as part of a larger business plan.
4. They worked to prepare the next generation.
5. They communicated the plan to the extended family.
6. They anticipated and purposely addressed where potential conflict might arise as a result of executing the plan.
7. They built an experienced transition management team, and
8. They developed a written business succession plan with an implementation timetable.

The White Paper said many professionals recommend putting a business succession plan in place at least three to five years ahead of a planned business transition.

“Some business advisors even recommend that an exit strategy be built right into the business plan.

A good first step is for everyone to recognize the value of early business transition planning.”