Making a killing from the global subprime crisis 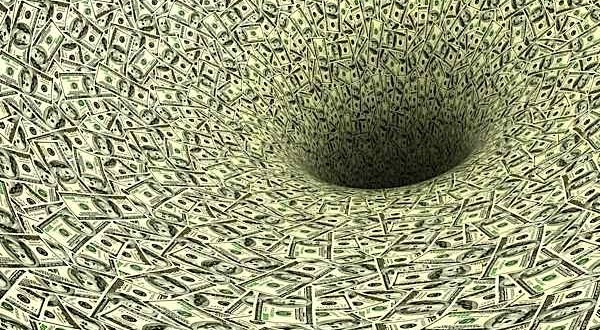 Although the sub-prime led global meltdown that began in 2007 forced several huge financial institutions into bankruptcy or government led bailouts, some savvy investors made a tremendous killing.

In his new best seller, The Big Short – inside the doomsday machine, Michael Lewis the author of Liar’s Poker describes how several US investors made fortunes by innovatively devising new techniques that helped them benefit massively from the ensuing housing bubble burst that finally came in 2007.

“You couldn’t short houses (shorting is a technique that allows a person to make money when prices goes down},” he said.

Although investors could anticipate that large US developers such as Pulte Home or Toll Brothers would suffer from a housing bubble burst, Lewis said shorting their shares (on the Stock Exchange) would be expensive, indirect and dangerous.

“Stock prices could rise for longer than the investor could save solvent,” he said.

The amazing element of Lewis’s best seller was his ability to re-tell the successful exploits of four groups of investors that had realized as early as 2000 that the real estate market was heading into a bubble and would eventually burst.

Although each one of these investors had a hunch that real estate prices were ready to burst, Lewis said no readily available investment vehicle or techniques were available for them to make huge amounts of money on their investments.

We will focus on one investor, an eccentric northern California-based medical doctor named, Michael Burry.

According to Lewis, Burry spent the end of 2004 and early 2005 scanning hundreds of sub-prime bond prospectuses and soon discovered that the quality of assets was worsening.

“In Burry’s view, standards had not just fallen but hit bottom,” Lewis said.

The bottom, Lewis said even had a name, “the interest only negative amortizing adjustable-rate sub-prime mortgage”. With this type of loan, Burry discovered that home buyers were given the option of paying nothing at all, and rolling whatever interest they owed into a higher interest balance.

Burry quickly could see that someone with no income could qualify for such a loan. “What Burry couldn’t understand was why a person who lent money would want to extend such a loan,” Lewis said.

At that point, Burry decided that the lenders must be watched not the borrowers.

As early as 2003, Burry began researching local mortgage lenders in northern California. He discovered that many of them were dreaming up new instruments to increase their loan volumes, often to unqualified buyers. But why?

He soon discovered they immediately sold them to large banks such as Goldman Sachs, Morgan Stanley and Wells Fargo, that quickly packaged them into bonds and sold them off.

At this point, Lewis said Burry knew that the housing bubble was set for a huge bust.

“Complicated financial stuff was being dreamed up for the sole purpose of lending money to people who could never repay it,” Lewis said.

However, Burry soon realized that the different floors or tranches of sub-prime bonds could not be shorted. “You could buy them or not buy them, but you couldn’t bet explicitly against them,” Lewis said.

A few years earlier, Burry had discovered Credit Default Swaps (CDS) which he realized were not swaps but insurance policies on corporate bonds, with a semi-annual premium payments and a fixed term.

The most an investor could lose was $2 million ($200,000 premium for 10 years) but he could also make $100 million if GE defaulted and bondholders received nothing.

By buying CDS on bonds of companies that were financially weak, Burry discovered that investors could really leverage their investments.

In 2004, he began buying CDS on companies that he thought might suffer from a real estate downturn: mortgage lenders, mortgage insurers and real estate developers. However, this type of investment would not optimize his investment returns.

“These companies might lose money but there is no guarantee they would go bankrupt,” Lewis said.

Burry thought about CDS for sub-prime mortgage bonds when he began researching the development of the market. Initially, he wondered why banks needed to buy CDS when they could just refuse to lend to the borrower if they weren’t sure about their credit.

He quickly realized that many people wanted to bet on whether GE would default on their bonds and why wouldn’t they want to bet on subprime bond defaults. Many people were making money by putting together CDS buyers and sellers.

Burry realized that CDS would solve the single biggest problem with his investment idea – timing. During his research, he thought that sub-prime loans made in 2005 would not go bad for two years because that’s when the teaser interest rates were to be re-set.

He was also afraid that if he did not quickly purchase the CDS on n sub-prime mortgage loans no one would sell insurance on the bonds once they found they were ticking time bombs.

Needed to prod Wall Streets to create them

Lewis said Burry needed to prod the Wall Street firms to create CDS for sub-prime mortgage loans. At the same time, however, Burry also worried that some firms were too heavily involved in subprime mortgage loans and could go under if the housing market crashed.

“There was no point buying insurance from a bank that went out of business the minute the insurance became valuable,” he said.

Burry didn’t bother calling Lehman Bros and Bear Stearns because they were the most exposed to the mortgage bond market.

He called Goldman Sachs, Morgan Stanley, Deutsche Bank, Bank of America, UBS, Merrill Lynch and Citigroup. “Five of them had no idea what he was talking about; two came back and said that, while the market didn’t exist, it might one day,” Lewis said.

Nevertheless, within three years after Burry’s call, Lewis said CDS on sub-prime mortgage bonds would become a trillion dollar market and precipitate hundreds of billions of dollars worth of losses inside big Wall Street firms.

When Burry set out to bet against the sub-prime mortgage bond market in early 2005, Lewis said the Wall Street investment banks didn’t share his sense of urgency. “Mike Burry wanted to place his bet now, before the US housing market woke up and was restored to sanity,” he said.

“Its going to blow up before I can get this trade on,” Burry wrote to his investors.

Lewis said that within months after Burry broached the investment banks on buying CDS for sub-prime mortgage loans, the idea “reshaped” their businesses so that CDS became “smack at the center” of their businesses.

“The original mortgage bond market had come into the world in much the same way, messily, coaxed into existence by the extreme interest of a small handful of people in the margins of high finance,” Lewis said.

While the original mortgage bond market had taken years to mature; this new market, he said would be up and running and trading tens of billions of dollars worth of risk within a few months.

CDS on a pool of home mortgage loans were more complicated, Lewis said because the pool didn’t default all at once, rather, one homeowner at a time defaulted. The dealers, led by Deutsche Bank and Goldman Sachs – came up with a clever solution; the pay as you go credit default swap.

“The buyer of the swap – the buyer of insurance – would be paid off not all at once, if and when the entire pool of mortgages went bust, but incrementally, as individual homeowners went into default,” he said.

Lewis said the first CDS contract on subprime mortgage bonds took months to compete. One of the sticking points was requiring the entity that sold the CDS, either Goldman Sachs or Deutsche Bank to post collateral, to reflect the increase in the CDS value.

“He didn’t want to buy flood insurance from Goldman Sachs only to find, when the flood came, Goldman Sachs washed away and unable to pay him,” Lewis said.

Mike Burry finally did his first subprime mortgage CDS deal on May 19, 2005. “He bought $60 million in credit default swaps from Deutsche Bank – $10 million each on six different bonds,” Lewis said.

The reference loans that Burry bet against were the worse mortgages. “He’d read dozens of prospectuses and scoured hundreds more, looking for the dodgiest pools of mortgages,” Lewis said.

Within a short period, Lewis said Burry discovered that Deutsche Bank and Goldman Sachs didn’t care which bonds he picked to bet against. “The market made no sense but that didn’t stop Wall Street firms from jumping into it, partly because Mike Burry was pestering them,” Lewis said.

For the first few months, Burry was able to short at most $10 million at a time. “Then in late June 2005, he had a call from someone at Goldman Sachs asking him if he’d like to increase his trade to $100 million at a pop,” he said.

By the end of July 2005, Lewis said Burry owned CDS of $750 million on sub-prime mortgage bonds and was privately bragging about it.

By April 2006, Lewis said Burry had finished buying insurance on sub-prime mortgage bonds. “In a investment portfolio of $555 million, he had laid off $1.9 billion of these peculiar bets,” Lewis said.

“I believe no other hedge fund on the planet has this sort of investment, nowhere near to this degree, relative to the size of its portfolio,” Burry wrote to one of his investors.

Burry then began wondering what madman would sell him so much insurance on bonds he had handpicked to explode.

Goldman Sachs had made it clear that they were only acting as agents between the insurance buyer and the insurance seller and taking healthy fees from both parties along the way.

Who was on the other side of the CDS trade

While Burry was buying his $100 million tranches, he guessed right that Goldman wasn’t on the other side of the trades. “Goldman would never be so stupid as to make huge naked bets that millions of insolvent Americans would repay their home loans,” he said.

Ultimately, after three years he found out that the party on the other side was triple A rated AIG.

Even though the markets were regularly reporting that many sub-prime mortgage lenders were having problems, Burry discovered that his CDS prices were not really reflecting these developments up until about June 14, 2007. “On June 14, the pair of sub-prime mortgage hedge funds effectively owned by Bear-Sterns went belly-up,” Lewis said.

During the ensuing two-week period, Lewis said the public-traded index of triple B-rated subprime mortgage bonds fell by nearly 20 per cent. Since Burry’s biggest positions were with Goldman, he called his sales person to determine the value of his positions, so that he could collect collateral as agreed. “On June 20, Grinstein (his Goldman sales woman) called back to tell him Goldman has experienced “systems failure”, Lewis said.

At the end of the third quarter of 2007, Burry would report that his fund was up more than 100 per cent for the year. On a total investment portfolio of less than $US550 million, Burry realized profits of $US720 million from buying CDS on sub-prime mortgage loans.